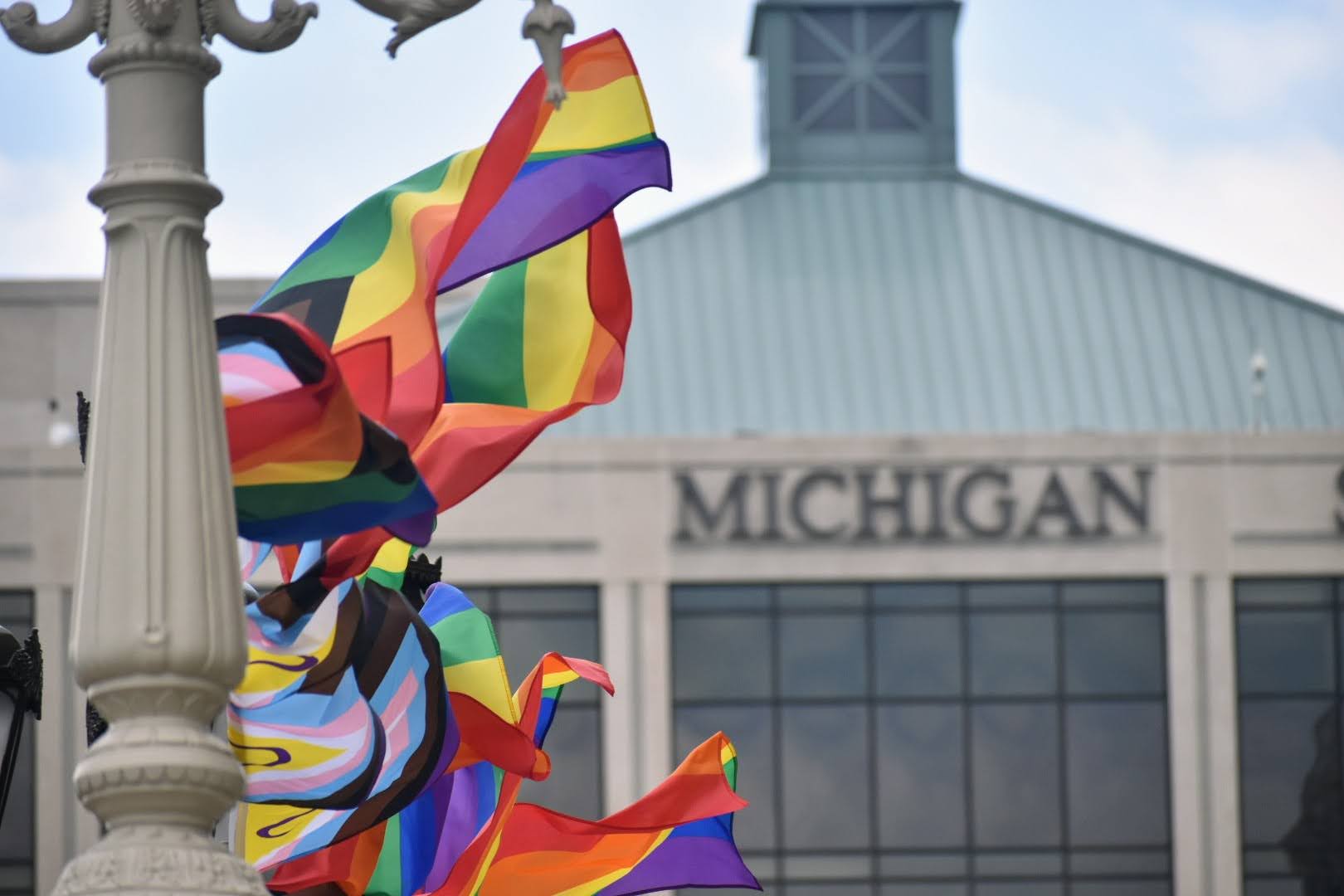 A seemingly impromptu objection to a scheduled drag queen performance in Howell nearly a year ago has spurred proposed GOP legislation seeking to bar schools from hosting such performances and allowing parents to sue if they do.

In early July 2021, Livingston County Republican Party Chair Meghan Reckling posted on Facebook that it was “disappointing” a Drag Queen Bingo fundraiser had been scheduled as part of the annual Howell Melon Festival, saying the event was supposed to be family-friendly and not one that should be “sexualized.”

Despite the fact that the fundraiser for the Livingston County Diversity Council was for adults only, Reckling’s criticism almost canceled the festival and led to a spate of anti-LGBTQ+ rhetoric from area residents.

That same rhetoric was on display earlier this year when state Sen. Lana Theis (R-Brighton) used a fundraising email claiming Democrats like state Sen. Mallory McMorrow (D-Royal Oak) were “trolls” and “groomers” that “sexualize” children, echoing many who believe in the far-right QAnon conspiracy theory. Reckling is also Theis’ chief of staff.

GOP gubernatorial candidate Tudor Dixon has also joined the fray, tweeting in June that if elected she would “sign a bill that creates severe criminal penalties for adults who involve children in drag shows. This type of behavior is criminal child sexually abusive activity,” Dixon said.

Legislation unveiled in June has taken the attack against drag performers to a new level, proposing that public school districts in Michigan not be allowed to “present to the pupils, or display to the pupils a drag show or drag presentation,” while allowing parents or legal guardians to sue for up to $10,000 in damages if their school did so.

When asked by Michigan Advance to cite an example of a public school district that had hosted a drag queen event like that targeted by the legislation, the bill’s sponsor, state Rep. Ryan Berman (R-Commerce Township), declined to do so.

Instead, he doubled down on the same type of rhetoric used by Theis and most other Republican leaders, conflating the LGBTQ+ community as sexual predators.

“This bill helps focus on the proper role of our schools,” said Berman. “It’s a defense against those that wish to pervert, groom, and sexualize our children. Transvestite strippers should not be around kids. Why do they even want an audience of children?”

From 2015 to 2019, Jadein Black worked as a full-time elementary music teacher, while moonlighting as a drag queen both for self-expression, but also to raise money for school supplies.

Now working in drag full time, she regularly performs for children, although not in a school setting, and certainly not stripping or in any other inappropriate manner for children.

“I’ve never had a problem in any of my atmospheres, especially because I am an educator,” said Black. “I could see not all drag is meant for everyone, but there’s an appropriateness on how to compose yourself and to be presented to children.”

Black  was reading to kids on June 25 as part of the Ann Arbor Public Library’s Drag Queen Story Time program when she was confronted by a group who identified themselves as members of the Proud Boys, the violent, right-wing extremist organization classified as a hate group by the Southern Poverty Law Center (SPLC).

Using a megaphone to try and drown out Black with Bible verses, they were eventually convinced to leave by police.

The protest was among several that groups like the Proud Boys have staged across the country against drag performers, coupled with legislation like Berman’s bill targeting them as well.

Randall Balmer, a Dartmouth College historian of American religion, told the Associated Press that it’s a strategy being utilized by conservative candidates to seek the votes of white evangelical Christians.

“The drag queen story hour plays right into their fears that the children are going to be led astray by evil or satanic or alien ideas,” Balmer said.

Black says Berman’s bill, and other anti-LGBTQ+ efforts, have taken their toll.

“I’ve already have so many friends, brothers, and sisters and others that have taken their life because their family has not supported them,” he said. “So right now, this legislator is trying to put up this bill, saying that what I do is not okay, but it’s really, really, really gotten me to the point where every show I’m like “Vote.” I am not going to keep quiet. And I’m sure after this election, if they win or somebody wins, it goes away. All of this is political.”

Amelia Purdy-Ketchum, who was responsible for scheduling the Drag Queen Bingo event last year in Howell, ultimately left her job with Howell Parks and Recreation following the ensuing public backlash.

Purdy-Ketchum says while no one forced her out of her job, she couldn’t “stomach working with the city any longer after all the lies and deception.” In fact, she is now running for the Livingston Board of Commissioners using the tag line, “That Drag Queen Bingo Lady.”

“The events last year with the Drag Queen Bingo at the Melonfest, somehow metastasized into what we’re seeing now,” she told Michigan Advance. “I feel like it was kind of like they have a playbook and I think they’ve had this anti-gay thing in their back pocket, obviously for a long time and they knew going into these next few years that it was going to be a big scapegoat issue for them. Drag Queens are kind of in the center of the controversy because they are so colorful, I think their thought is they’re the most visible.”

“I think that mega extremists are again, attempting to fire up their base, while distracting voters about an issue that is a solution in search of a problem instead of working on finding real solutions for issues that truly impact people’s daily lives,” said Knott. “And in the process they’re vilifying members of the LGBTQ+ community. It’s another example of a wedge issue that is not going to make our schools any safer for kids to go learn, thrive, and grow in.”

Knott says the manipulation being used by those she calls “mega extremists” is ironically a recognition that they have lost the battle of public opinion on issues like gay marriage and non-discrimination.

“We have polling that suggests that over 77% of Michiganders support amending the Elliott-Larsen Civil Rights Act to include sexual orientation, gender identity, and expression,” said Knott, referring to Michigan’s anti-discrimination law. “So they’ve lost public opinion, right? We over the long haul have changed hearts and minds. And so what’s left are these crazy wedge issues that aren’t rooted in any kind of evidence, and it’s for the sole purpose of winning elections. It’s not about helping people. It’s not about protecting people. It’s certainly not about advancing people’s daily lives, It is literally to win elections.”

Politics aside, Knott says the practical effect legislation like Berman’s bill is adding to the pain and suffering of LGBTQ+ kids, predominantly trans and nonbinary youth, who experience higher rates of depression, mental health issues and suicide.

Equality Michigan provides a variety of services for members of the LGBTQ+ community in crisis. All services are free and confidential and can be accessed by calling (313) 537-7000.